Food Allergies OH JOY, I thought it was under control 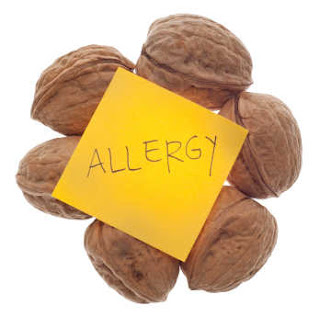 He was diagnosed as a baby, and we got it under control. Watching what he ate, carefully....then when we moved to VA he broke out with a rash from eating chicken from Chic-fil-a. We got that under control then in October it just has been TERRIBLE ....For the last 3-4 weeks I have been dealing with a sick kid. My youngest has food allergies (peanuts, egg, soy and wheat), he started out with a fever that came on suddenly. I took him to the ER because he became lethargic, and quiet; they said it was a virus. He was OK for about a week, then terrible vomiting and diarrhea.  We found out he had food poisoning, so we watched what he ate, then took him back to the food place and he got sick, we isolated it to the food he ate. OK he got better then he broke out with a rash on his face and chest, back to the ER we go, he had an allergic reaction. Three days later we started all over again, back to the ER we go and this time he had to get an IV and potassium as he was d-hydrated. He was getting better Sat afternoon and Sunday had his appetitte and was doing so much better no diarrhea and no vomiting and BAM Monday morning it started all over there.  Today we are going to the PCM to see what we need to do.