Rebuilding Together....what a great way to give back

This summer marks the start of Sears' annual spring renovation campaign with Rebuilding Together in support of Wounded Warriors across the country, which has raised more than $16 million and has helped over 62,000 military families receive the home modifications necessary for healthful and comfortable living through its Heroes at Home initiative.  There are currently 150 rebuilds underway across the country already this spring and summer, and together we can reach more military families. Sears is encouraging Americans to give back by donating to the work of Heroes at Home either in-store at locations nationwide or online. 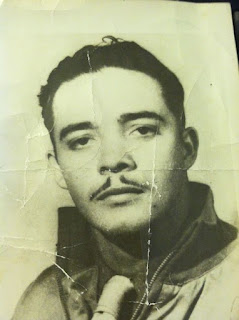 I didn't realize how much the military runs through my veins, and it would only be befitting that I marry a soldier. My grandfather was a SSGT in the US Army and actually was stationed and trained here at Ft Bragg back in the 1940s during WWII. My great-grandfather was PVT in the US Army and was in WWI. Many people know what the words Loyalty, Duty, Respect, Selfless Service, Honor, Integrity, and Personal Courage mean. But how often do you see someone actually live up to them? I can say that my grandfather lived up to this, and he learned this from his parents raising him, and then the lessons he learned while be in the military. I have met many influential people over the last few years but none has left the impression on me that my grandfather has. I can’t give all the credit to my grandfather, my mom and grandmother were there too but my grandfather was there with me through it all.

I look at this day and age and I see so many youths and young adults who have no respect for others or themselves. I am not that old but I was raised by an older generation, my grandparents. They raised me to understand what integrity is {doing the right thing when no one is looking}. My grandfather along with my grandmother, but mainly my grandfather instilled in me what loyalty and respect are, he also showed me selfless service. Together my family showed me what it takes to be honorable. My grandfather lived a great life, and he was a good man. He came from a hard working family and lived on a farm. He was in college at Hampton University when he was drafted to go into the army, in the Army he was a Payroll Clerk, and while he was in WWII he traveled around in Europe. When he came home he went back to his life on the farm, and then finished college. During this time he was still sweet on a very special girl, my grandmother. After he finished college they got married, but she was still in college. When it was time for them to build a house, my grandfather was also a brick mason and built their house one brick at a time from the ground up. He was very smart, and after doing brick mason jobs he finally obtained a job working at Dillard Junior High School in Yanceyville, NC. There he taught skills such as drafting, bricklaying, carpentry, electrical skills and other skills that were needed. He taught for over 30 years, and after he became sick he retired but still lived another 30+ years after retirement.

But the point of my story is my grandfather is my hero, he was truly a Hero at Home for me, and this year Sears will make a $1000 joint donation to Heroes at Home on behalf of all heroes featured in these campaign posts such as mine honoring.