Let's Cheer our military families on with help from Cheerios.

You know I love Cheerios, they help you loose weight, they were the snacks that I fed my toddlers, and even now. They also help lower your cholesterol. Well what else can CHEERIOS do? Last week I was contacted by the Cheer program, a program created by Cheerios and the USO, recognizes and lifts the spirits of our military families. Cheerios knows that when our troops are called to serve, their families must rise to the challenges of service as well - typically with little recognition or support.
The Cheer campaign calls on all consumers to help by sending a special Cheer postcard to families of our troops. 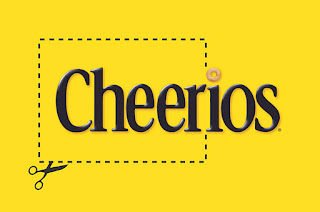 The pre-addressed postcards are available on specially marked Cheerios cereal boxes.  Consumers can mail the cards to military families by way of the USO. For each postcard received by the USO, Cheerios will make a $1 donation to the USO to support programs designed to lift the spirits of America’s troops and their families. If you are interested in more information please contact me and I will give you the media relations department contacts for both organizations.
Here’s how it works:  During the months of October and November, 2011, specially-marked boxes of Cheerios cereal will feature Cheer postcards on the front of the box. Consumers can simply cut out the postcard, write a message of thanks on the back, add a stamp, and mail the pre-addressed card to the USO.  The USO will deliver the Cheer card to military families across the country.  For each postcard received, Cheerios will make a donation to the USO to help fund programs designed to support military families, up to a total maximum donation of $250,000 as detailed below. It’s a simple way to say thanks and lift the spirits of our country’s military families.  “The Cheer program offers an easy way for us all to touch the lives of military families. It’s a simple gesture, and a Cheer postcard will be a welcome reminder that others really care,” said Sloan Gibson, CEO and president of the USO. “We love this campaign because it gives cheerfulness directly to individuals while providing funds to support programs that will reach all of the people we serve.”    SO here is how it works!! Specially marked Cheerios boxes will appear in stores from October through November, 2011. It’s easy to send Cheer:  1.     Cut out the postcard found on the front of the box.  The card has dotted cut-out lines around the “Cheer” in the Cheerios logo,  2.     Write a personal greeting - simple words of thanks, encouragement, good wishes - on the backside of the postcard. 3.     Add postage and drop the card in the mail.  Postcards are pre-addressed to the USO.  The USO will distribute the cards to military families.
Sending a Cheer postcard also triggers a donation to the USO.  For each Cheer postcard received from specially marked packages through November 30, 2012, Cheerios will donate $1 to the USO.  To kick off the campaign, Cheerios has already donated $150,000 to the USO and will donate up to an additional $100,000 based upon the number of postcards received.  So, personal participation plays a big role in helping the program reach its goal.
There are so many individuals and families with loved ones in the military. To learn more about how to support them with the Cheer campaign, visit www.Cheerios.com.
About Cheerios.
Cheerios, America's No. 1 cereal franchise, debuted in 1941 as Cheerioats. The nation's first ready-to-eat oat cereal has since become one of the most trusted and recognized brands in America. In fact, one of every eight boxes of cereal sold in America is a box of Cheerios. General Mills' popular franchise includes Cheerios, Honey Nut Cheerios, Multi Grain Cheerios, Frosted Cheerios, Apple Cinnamon Cheerios, Fruity Cheerios, Cheerios Crunch, Yogurt Burst Cheerios, Banana Nut Cheerios, Cinnamon Burst Cheerios and Chocolate Cheerios. For more information, go to www.cheerios.com.
About General Mills
One of the world's leading food companies, General Mills operates in more than 100 countries and markets more than 100 consumer brands, including Cheerios, Häagen-Dazs, Nature Valley, Betty Crocker, Pillsbury, Green Giant, Old El Paso, Progresso, Yoplait, Cascadian Farm, Muir Glen, and more. Headquartered in Minneapolis, Minnesota, USA, General Mills had fiscal 2011 global net sales of US $16.1 billion, including the company’s $1.2 billion proportionate share of joint venture net sales.
About the USO
The USO (United Service Organizations) lifts the spirits of America’s troops and their families millions of times each year at hundreds of places worldwide.  We provide a touch of home through centers at airports and military bases, top quality entertainment and innovative programs and services. We also provide critical support to those who need us most, including forward-deployed troops and their families, wounded warriors and their families and the families of the fallen.
The USO is a private, non-profit organization, not a government agency. We rely on the generosity of our volunteers and donors.  To join us in this patriotic mission, and to learn more about the USO, please visit http://www.uso.org.
###
Labels: Cheerios USO