The Emo Life of Deployments, how I chose to deal with it

I guess we (Military Spouses) all go through trials and tribulations that shape who we are, who we are going to become. So living the military wife life of deployments, hmmm I don’t know where to start. When this stuff in the Middle East started I want to say it was around October 2002 the actual invasion didn't happen until March 2003, but something happened in October 2002, that made the Army start buzzing. I knew my husband was going to get deployed sooner or later. I can remember just thinking wow, what in the world. Why? We didn’t know what to think, was it going to be like the Vietnam War or WWII (where you deploy for 3 or 4 years). We were living on time, I didn’t know when and my husband didn’t know when. I asked everyday, can you tell me something, and the same answer no. We were stationed in Ft Riley KS, and I only had one child at the time and she was 15 months. We celebrated everything early so he wouldn’t miss it; we celebrated Cat’s birthday on my birthday, so Dany could at least tell her Happy Birthday. We were entering the unknown. We prepared for the worst. Let’s face it, he had been deployed once to Kosovo and that was only 6 months. I tell you what I remember just laying around on the couch for the month of March, just depressed but I was telling myself no he won’t be gone a year.  I remember him telling me that today was the day, and then he would come home and say the flight was changed. So we would wake up and do it all over again, I know we did that for at least 2 weeks every day, we said good bye, I dropped him off at the company, then 6 hours later I would hear "Come get me we aren't leaving yet". It was like that movie Ground Hog Day; it was really hard to not cry. I watched FOX news all the time to see what it was like. Well the day came he left March 25, 2003. He had his bags packed, and ruck sack, we just looked at each other, I cooked him lasagna, we sat on the couch talking about the fun we had last year, and he drank a Pepsi. 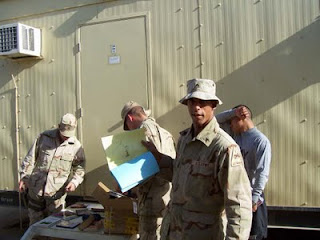 I dropped him off at his company around 11pm. I remember Catherine was wearing a green one piece gingham coverall. She looked so cute! Since it was night time, my neighbor, Melody, told me that she watched as we left as three and came home as two. (We later became good friends, she lived in the houses across from the apartments on base in the same cul-de-sac). It was hard, I was glad it was night time, I just went to bed. Cat didn’t understand why her dad wasn’t coming home. She could barely talk but the words she managed to get out I knew what she meant. A week went by no phone call, no contact nothing, two weeks, three weeks, four weeks, finally at the fifth week, I got a letter in the mail. I read it 100 times, because that was the only thing I had of him, to let me know he was ok. I refused to believe he was being deployed for a year, so I was OK not really letting it bother me, it didn’t hit me until August of that year. I just woke up one day and couldn't get out of bed, I didn’t know what to do; my family was back in NC. I didn’t have but two really close friends in KS, and our daughter. Fortunately my husband had a solider that he was in charge of, and I was helping his wife, that is what helped me. She had a little girl, and they moved in with us, she was my support and I was hers. We did everything together, it helped me our husbands were battle buddies, and we became battle buddies here. 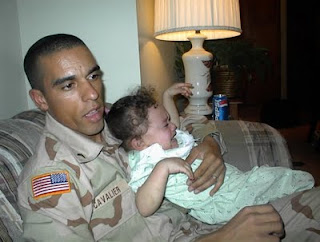 Is this what my life is going to look like for us, well I better get used to it. That's when I decided to start doing something with my life. I didn't like that feeling where I was so dependent on my husband, I was so sad, what if something happened? what it we divorced? These were all questions I had in my head, what would I do? Where would I go? What about all my stuff how would I get that home? Where we lived was so far away from a major city that I couldn't get a job with my degree, so I went back to college and got a photograpjy degree from the Academy of Art. I started volunteering with ACS (Army Community Service) I had a home based business (Slumber Parties by Crystal). We traveled all over KS, we went to Salina, we went to Nebraska, we went out west and down to Wichita. We even went to other bases like Ft. Leavenworth, and Tinker AFB in OK. I became the Vice-President of HASFR (Historical and Archaeological Society at Fort Riley) which was neat, we got to dress up in Victorian costumes, and give historical tours of homes on post. 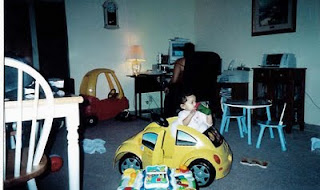 So we made it through the first deployment, on to the second deployment in 2005 (9 months after he returned home in 2004). Cat was 18 months when he deployed the first time (2003-2004), during his second deployment (2005-2006) our second daughter Sam was born, and Cat turned 4. While he changed his job and we PCSed in the Army from combat arms to non-combat, that saved us on him getting deployed so soon. Our son was born a year after he returned home from the second tour in Iraq. My husband just recently returned from a deployment in 2010. 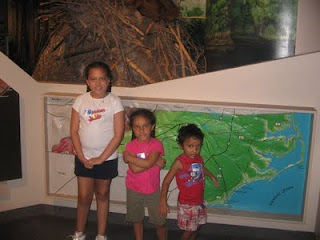 Just the other day we looked at our life together and realized that with the deployments and trainings he has been gone for 6 years out of 10 years. It has been very hard for us to adjust I remember the first time he came home in 2004, we were still newlyweds, we didn’t know much still about each other. I know crazy right, but when you only spend a few weeks together here and there you don’t learn each other. Cat our oldest has been through the most, she thinks it is normal which I guess it is for military families.
However Cat doesn’t have friends that aren’t “military” she doesn’t understand that there are children who see their dads, or even do things with them.  She is a strong little girl, I guess not knowing any different way of life. My two little ones are too young to understand these issues. We got married before Sept. 11, 2001 so we didn’t know what was in store for us once 9-11 happened. You know I always compare my kid’s childhood to mine, and I really try to give them the simple life where there is nothing to worry about, other than which Barbie you have or which Lego set to get.
Some how we have made it, this year we will have been married 11 years, and we love each other so much. Even though he has changed from all the things he has experienced in Iraq, I have changed too however we understand that change happens and you just have to learn to go with it and grow. I understand this is my husband’s career, and I support him 100% and isn’t that what being a military family is being flexible, going with the flow. I am pretty happy that I can handle this on my own, even though I didn’t want to in the beginning, I am happy with the person I have become!
Labels: ACS Army Family Team Building Deployments