Did you know February was National Cherry month? 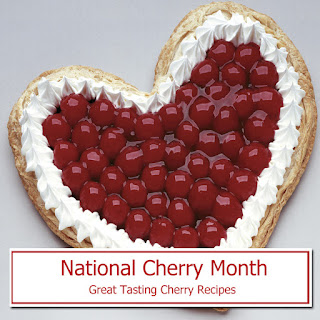 Visually, cherries are a dazzling sight. The fruit hangs as a vibrant, edible ruby, tethered to the tree by an elegant, verdant stem. Varied as they are delicious, the round treat presents itself as a sharp delight as black cherry, a sweet nothing as a Royal Ann cherry, a sour predicament as a Montmorency cherry, and a pleasant summer afternoon as a sweet cherry. Brought from Europe with the first American settlers, the fruit is primarily grown in Michigan but enjoyed internationally.

That's ok we missed it..But cherries, according to a study by the University of Vermont, contain massive amounts of anti-inflammatory properties and can be a tremendous aid in reducing soreness from working out. Drink cherry juice, workout longer, and feel better.

The pigment that makes cherries red is also a disease-fighting antioxidant, so eat up.

Everyone needs a sugar rush every once in a while, but it can be done without Skittles. Cherries pack a sweet punch, but a cup only has 87 calories and a puny amount of fat. Also, a serving contains three grams of fiber with no artificial ingredients.