Voting, YOU KNOW what upsets me the most is...

People who only read half of the crap that is posted on the internet or a social media site like FACEBOOK, and then run like wild fire spreading these false claims or rumors. If you think this is about you, you are wrong...it's about several friends I see on Facebook....so not just one person in particular....If you are going to post stuff AT LEAST research it. No, the President is not trying to restrict military voting in Ohio. Now I Don't USUALLY GO ALL POLITICAL on my page but I felt that this needs to be addressed and YOU as citizens NEED to understand some voting stuff like VOTER ID LAWS, and VOTING RIGHTS! 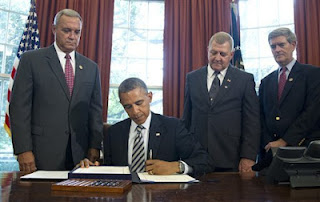 When President Obama's campaign filed a lawsuit to restore the rights to all Ohio citizens to cast early ballots up until the Sunday before Election Day (a right that the Ohio legislature had restricted to active-duty military personnel casting their ballots in person) the Romney side decided to go all in with a charge so bizarre it was bound to capture attention.

HERE IS WHAT ROMNEY WROTE on his facebook page: "President Obama's lawsuit claiming it is unconstitutional for Ohio to allow servicemen and women extended early voting privileges during the state's early voting period is an outrage,"  Next came a statement from the campaign: "We Must Defend the Rights of Military Voters." It was a lot of bloggers and social media sites for the right wingers who really started spreading this stuff around. Then 15 military groups filed paperwork to be interveners in the case, requesting that the Obama campaign's suit be dismissed in court, the whole thing really just became HUGE! After months of backing voting restrictions (like voter ID laws that could disenfranchise hundreds of thousands across the country) you almost have to admire the boldness of the Romney campaign for slamming the President on the issue of voting rights, and accusing him of restricting military voters.

Particularly because the charge is entirely untrue, that's right..voters in the military will have the right to vote on the Saturday, Sunday, and Monday before the November 6 election including a much larger number of veterans and military families whose early-voting rights the Obama campaign is suing to protect.

The President wants to ensure that all Ohio voters can vote early, as they could in 2008. HOWEVER Ohio's Republican leadership wants to keep it limited to active military making voting harder for everyone else, and likely decreasing turnout among poorer and likely Democratic voters.

AS A SIDE NOTE for milspouses this election is big and where the President won states last election is where the opponent is going to try to take those states back, like the President won Ohio in last presidential election, but my instincts say that rival Mitt Romney is expected to make a strong play for it. Ohio is one of 32 states that allow voters to cast an early ballot by mail or in person without an excuse.  In 2011 when most of the state's had a change in the state legislature (like going from Democrats to Republican) the state's majority-Republican legislature passed a bunch of new voting laws in in 2011. As for my home state, Last year, North Carolina was one of several states where Republican state leaders aggressively pushed and passed a voter ID law. But the move prompted a backlash from civil rights and election watchdog groups, resulting in a veto by Democratic Gov. Beverly Perdue.