Race Cars, a Hero and a home, melts my heart

Ok Readers!!! I have been MIA for a while the entire month of MARCH has/was a transition from NC to VA. Finally we are moved in! Today I want to write about a special person. This really warmed my heart too. Now I am not much of a big NASCAR fan watching it on TV BUT I LOVE TO WATCH IT IN PERSON. When I was little my grandparents took me to the Daytona 500 and we got to ride around the track, it was pretty special. I was recently contacted by Lionel NASCAR® to blog about this story, and I am so amazed, and excited to be doing this blog post. Did I mention we are coming up to my favorite times of the year the most Patrotic holidays are in the summer! 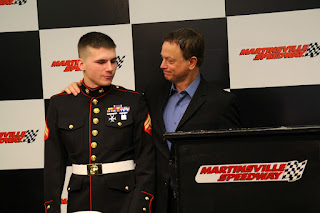 April 1 was a HUGE DAY not only did I move in but also on April 1st at Martinsville Speedway, reigning Daytona 500 champion Matt Kenseth raced a special car that honored an American hero. Kenseth’s No. 17 Stephen Siller Tunnel to Towers/Gary Sinise Foundation Ford Fusion is a personal tribute to United States Marine Cpl. Josh “J.B.” Kerns, who grew up just a few minutes from the track. Just one year ago, Kerns was injured by an IED explosion in Afghanistan in which he lost both legs and one arm. Now, with the help of the Stephen Siller Tunnel to Towers Foundation and the Gary Sinise Foundation, Kerns will soon have a brand-new “smart home” in which to complete his recovery. 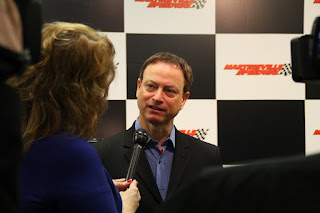 Also, a large portion of the proceeds from each No. 17 Tunnel to Towers/Gary Sinise Foundation Lionel NASCAR die-cast will go directly toward funding Kerns’ smart home.
The track is in Henry County, near Ridgeway (VA).  I have some great photos of Kerns from an event at Roush Fenway (Kenseth’s team) earlier in the day. “Photos provided courtesy of Lionel NASCAR all rights reserved”. 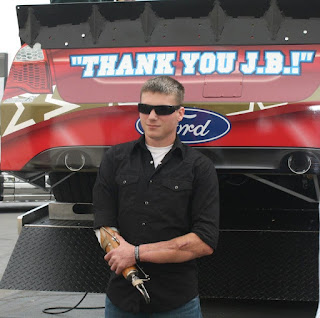 Here is a excerpt from his Press Release about the event,  "JB Kerns, a combat engineer, was on a mine sweep in a safety zone, on April 7, 2011 in Afghanistan. In one second, his third tour of duty took a catastrophic turn; JB lost three of his limbs and sustained other serious injuries to his chest and groin areas from shrapnel from an IED that detonated. Since that explosion, JB was brought back to the United States for treatment at Walter Reed Army Medical Center in Washington. He has undergone extensive surgeries and strenuous daily physical and occupational therapy.  JB’s Aunt, Jennifer Hall, shared that, "He loves America. Josh has always fought for what he thought was right." To the hundreds of motorcyclists, and the residents of JB’s hometown who greeted him with waving flags, JB told them, "It feels really good to be home. It is an honor." 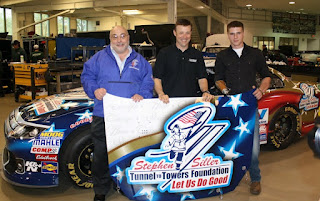 So are you interested in the house at all? As for the house – the foundations have purchased land for Kern's house but have not started building it yet.  It will be a log cabin with a wrap-around porch.  The house will be technologically advanced to make living easier for him.  The houses the foundations have built in the past have had features like counters that raise and lower automatically, doors that open automatically, etc. 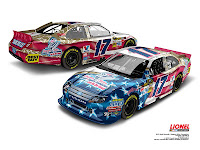