It has been some time since I posted let's see what the update was...

It has been a few months since I blogged, well you know that thing call LIFE, well it has been happening. First it has been super stressful not having the family together in one geographic location. The Army life is definitely taking a toll on the family. You know the Army isn't as family friendly as you think, and I am seriously doubting the Army Family Convent, I mean it looks GREAT on paper but when that has to trickle down to the line units that just doesn't work that way. I mean yes there are people who may abuse the system, but then there are people like my family who really don't and when we need it to work it doesn't. Anyway my point is it is while I was able to work a full time job in NC and go to school and take care of the kids, here in the NOVA area is WAY different, when you add a commute into the mix you don't realize how much of a time suck a commute is. I have never liked big cities and now since I am a mom I hate it MORE because I don't live immediately in the DC district I live in the suburbs b/c of the nicer schools and the commute is a SUCK, I wish there was more time in the day, because burning a candle at both ends has taken a toll and I am super exhausted each night.

That's is what was happening around Thanksgiving, then next was Christmas, well it was ok, the kids had a WONDERFUL Christmas. This was the first Christmas, away from a base, heck this was the first year we ever have not been living on base. Fort Bragg still has no jobs that I can even get qualified for (which I still think they are holding jobs for people) I challenged one job because it is the same job I am doing now, and I didn't even make the list, which makes me think Fort Bragg is very one sided when it comes to anyone but a retired military or veteran getting a job. I am just going to just stop applying altogether at that base, it is never gonna work. That whole EX Order military spouse order is just CRAP, if the commands don't enforce it to CPAC military spouses will NEVER MAKE A LIST. 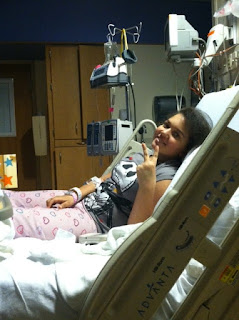 Which is still a sore spot for me since that big ass FRSA issue in 2009, when several FRSAs didn't get picked up, which I think a certain Brigade Rear Detachment Commander had a whole lot to do with his name rhymes with "Magnus" anyway I digress because if I had that job I wouldn't have applied for this job I have today and I wouldn't have these opportunities now, so maybe "Major Magnus" was just a blessing in disguise. My oldest daughter who was stricken with an auto immune disease was put in Children's Pediatric intensive care over the holidays and it was a very touch and go situation, I didn't know if she was going to make it. Talk about stages of feelings, I went from despair, to angry, to helplessness, and back to just sad. However she was diagnosed with another autoimmune disease and this time she has to have the medicine for the rest of her life, her life depends on this medicine, and if she misses a dose she could die, so I am GRATEFUL I am working here in DC because Walter Reed is just around the bend and her doctor's are there. I mean her doc's are the best and they go TDY to Bragg because Ft Bragg doesn't have pediatric specialists that my daughter needs, so again grateful my job is here because here she is getting the best care. SO just know prayers are needed daily because each day is something different with Cat, the doctors said it could take 3-6-12 months before things get regulated and then it is something else we are constantly looking out for.

I am not going to even mention that crap that is going on at Ft Bragg with the Officer's Spouse's Club which is a huge mess.

I have decided that there are a lot more things I can be focused on which is human trafficking, and human rights violations..when you move out of a small town that has only a few diverse cultures to a HUGE city where everything is diverse, suddenly these petty problems have changed and now human trafficking is a BIG deal, and so is women's rights....not saying military spouses don't have problems but I want to focus on how the US deals with these issues, look at Russia when told them to stop violating Human Rights and now they have taken away adopting rights for Americans to adopt Russian Children. Look at Africa and how terrorist groups are taking over Africa and women's rights there..I mean so much more in the world.

So my ADVICE to you, is no matter what write down symptoms that your kids have if it isn't getting better. Her illness started suddenly and over a two week period she lost 40lbs. She woke up one morning with symptoms I took her to the doc thinking it was one thing and they couldn't find nothing wrong with her, then a week later something else she started doing, ONLY if I KNEW or put it together, maybe we could have avoided the P-ICU but I didn't know, but now I am learning all I can about her illness and I pray it may be a cure one day. The doctor's can't say I wasn't on top of her illness, when she is sick or any of my kids are sick I am at the doctor. Another thing if your kids are sick with a cough/runny nose and it isn't getting better, please know that after a week of treating the symptoms at home TAKE them to the doctor.  It isn't fair to other parents at school or your friends who your kids go around, that their kids get your kids sick, when you don't want to go to the doctor.
Labels: Army Family Covenant careers Employment Fort Bragg FRSA PCS Walter Reed Army Medical Center Washington DC