Remembering a Special Uncle who passed away last week 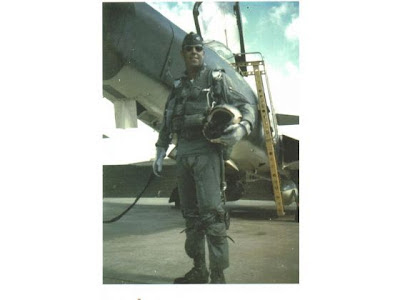 So you all know how death just affects me, it is hard for me to sit through wakes, funerals and services, but especially when it is family I just go to pieces. I really wish I had a sibling to be able to go through this with, when my grandmother and mother pass away. Death is a weakness for me, however it  does put things in perspective.

I honestly think that our last chance meeting was a chance for me to say goodbye. He didn't know of my accomplishments until I saw him and he was the reason I made my hometown news paper, and he died before he could read what they wrote about me.  I spoke with him two days before he passed away, and he said that he was proud of me. Which made me feel really good. It was like making my granddad proud all over again.

A few weeks ago I was lucky to participate in a book signing with Allison Mewes (which I will blog about in a few days). During the book signing at Fort Bragg, I saw a relative. Now technically he is my cousin but I called him my uncle. When I was younger, I played with his kids, Becky and Sarah. I remember when would play tricks on him, we would all answer "yeah dad" and he couldn't tell us apart when we were upstairs. I remember sliding down the banniser rail that was SO MUCH FUN to slide down the handrail. We were the three muskateers, we would ride our bikes, play in the woods, take picnics, play in the barn, ride on tractors, play eat dinners together. Everything you could think of we did.

SO my "Uncle's" name was Calvin Jeffries but his nickname was Sam, that's what my granddad called him, that's what I called him. He was my uncle Sam. My uncle Sam passed away last Thursday, at the age of 76. He was a LTC in the US Air Force in the1970s he was stationed all over the world from Shaw AFB to Ramstein Air Base in Germany. He will be buried at Arlington National Cemetery. I am going to attend his intermittent at Arlington. My Uncle Sam was a "go getter" and he had a long successful career as an pilot and not to mention he was HANDSOME!

There was an article in the hometown paper that spoke with one of his friends who talked about how the Tuskagee Airman made it possible for African-American fighter pilots to serve in the modern military by breaking down social barriers decades earlier. My uncle Sam retired as a lieutenant colonel, served 28 years as a fighter pilot in the Air Force, having served two combat tours in Vietnam from Nov. 1966 to April 1967 in Bien Hoa and from September 1967 to August 1968 in Saigon. He was awarded the Silver Star, three Distinguished Flying Cross medals and two Air Force Commendation medals for his service in Vietnam.

You know I really looked up to his accomplishments and all what he stood for. When I was little I wanted to marry a pilot in the AF but love didn't work out that way for me, I married my husband. Just made me proud to know him, and sometimes I wished that my dad was like him. Sam was known to many simply as “Cal,” was a native of Alamance County and a 1953 graduate of Pleasant Grove High School. He is a 1957 graduate of N.C. A&T State University, where he studied science, biology and chemistry.
Jeffries joined the Air Force in 1958, where he served until retirement in 1986. From 1987 to 1992, Jeffries owned and operated a 350-acre farm in northeast Alamance County. He was elected a member of the Agricultural Stabilization and Conservation Committee of Alamance County in 1989 and 1992.
From 1993 to 2000, Jeffries was employed by the N.C. Division  of Emergency Management where he served as Chief Human Services Branch and Chief Operations Branch manager. He retired from state government in 2000 and went to live in Pleasant Grove.

Now that since he has passed away, it isn't that many relatives left in my hometown. When I was talking to him a few weeks ago, it made me remember my grandfather and actually made me miss the good times I had with my "DaddyBill". So tonight I called home and spoke with Becky and Sarah and we caught up and I am looking forward to going home this weekend to see them, it's terrible how death put's things in perspective but it all shows us how valuable life is and how short. 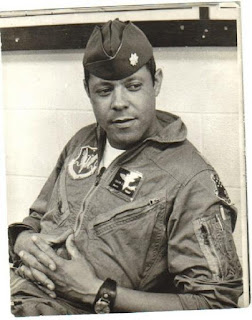