Cartoon Character Makeover who would you pick?

In order for the creators of the show to develop a new animated world, some characters had to go through a makeover to fit the feel of the new environments.

If you could makeover yourself in order to explore new situations, who would you make yourself into and where would you explore?

Speaking in Anime terms, I would have to pick a character off the X-Men. I would make myself into Storm from the X-Men, she can fly to any place she wants. She can change the weather at the drop of a hat, and she has a really nice skin tone and white hair. She seems even tempered but when you get her pissed off she is angry! Also with her power to fly why would she ever need to take a airplane trip again? I guess I would get tired of flying but still it would be pretty cool!

I would explore the world, and I would spend about 3 weeks in each place. Since I have the ability to change the weather I would use it to my advantage. What about you?

Still the TV series is a good series and then for them to make it into a Anime Series, is way cool! 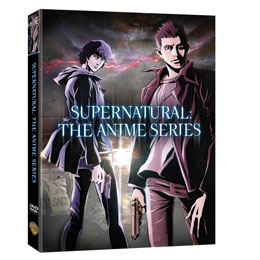 Order your copy of Supernatural: The Anime Series on DVD or Blu-Ray here today:  http://bit.ly/p0WOMq !


“I have been hired by Warner Bros. WBWord division to promote Supernatural: The Anime Series on DVD/Blu-Ray.