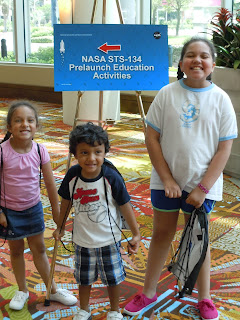 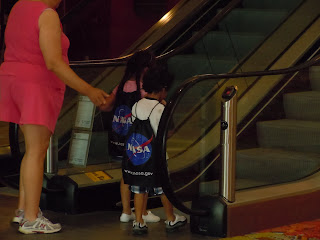 We got lucky when the National Military Family Association sent out the email that they had an opportunity for military families to participate in the viewing of the shuttle Launch Endeavour. We originally had planned to go on April 19, however they canceled that flight due to weather problems, so they rescheduled it for April 29. 2011! Yippee it falls over the weekend!So you all know we went to DC on Monday, was really debating on whether to go or not. You don't know how I was debating on making this decision, I so don't like taking last minute trips with kids. So I was like this is a once in a life opportunity, I can't miss this, plus this is a GREAT story for my kids to tell! WOW! So anyway we leave Thursday morning at 4am. I wanted to get our before the storm hit, that was coming across the Southern states. So as we scoot down the road, I think we were about 1 hr ahead of the storm, as we crossed into SC it was dark, and around 68 miles before we got to GA we heard there was a tornado in Darlington SC. 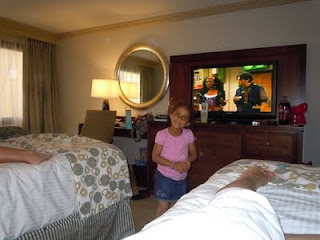 Whew just missed that, so driving on further, it brought up memories of me driving to see Dany when he was stationed at Ft Stewart. So while we are getting to the hotel, my mom asks, "is this a hotel chain or a mom an pop hotel" I was like well it's called The Peabody. I never heard of it, and she was like Oh LORD here were go again! Last summer we went to Kure Beach, and stayed at the this hotel, it looked AWESOME from the internet, but it was a piece of CRAP room, it looked like the bed bugs was running off with the furniture! I was like well we gonna stay at the beach and not the room. It was really brightly colored and looked NICE! However it was grimy and yucky. (That's for another blog) she was like Crystal why didn't you book us at the HOJO or Holiday Inn. I was like well this is where the conference is, and I didn't want to drive to the hotel. So as we were talking I was like what's that a Duck Hotel, and sure enough it was the Peabody, biggest hotel on the strip! I was like naaa it wouldn't be yucky, b/c look at it! It was something from Las Vegas! So we get there and WOW IT WAS GORGEOUS! I give this hotel 5 stars! 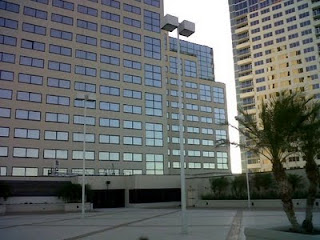 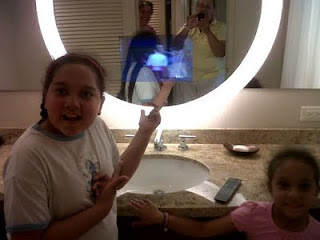 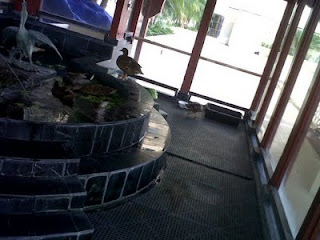 Even though I didn't have a lot of cash, I valet parked the car because I just couldn't drag all three of my kids through traffic to get to the car. So that was my one splurge, I felt so VIP, "calling to the valet" can I get my car! I made three trips to just drive down the street, so I could get the car, they are TOTALLY nice at the PEABODY hotel.in the mirror, pretty nice hotel and huge It took up the entire block. 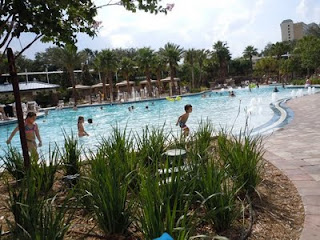 I felt like royalty! So anyway back to day one, we didn't go back to the afternoon session, because my kids were exhausted so we went to the pool to relax! So it wasn't so relaxing for me. My two older kids are ok, they know not to run or whatever. So my SON, being the all boy he is, is like psssh I can swim. So he starts to chase his sister, and what happens he gets off balance and then falls right under the water. So I am a good 20 feet from him, and my mom was closer, and I was like "Momma get Brandon" yeah all southern sounding and all. LORD he started screaming b/c he couldn't get up, so then he gets water all in his mouth, so I get to him, and he's ok. So I am like ok BRAN don't get out of my mommy zone. Phhh hahah didn't work he fell under the water two more times. So I was like let's get out and go eat. Whew that HOTEL was a nice rate but they didn't rate the food! 2 Lemonades, and 1 fruit salad was $21 bucks. Yeah I was like gaa kill me, so we had pizza delivered. Which wasn't the best. So after we had dinner, I wanted to take the girls back to the pool. So I finally got Bran to sleep, and we went back to the pool for a hour. They were having some sort of dinner but, the girls still had a great time playing in the water. However the person who was singing was kind of sad and had no rhythm. So we had a nice time at the pool and then we went back to the room to get ready for tomorrow's NASA trip. We are totally excited. Ok so I will blog tomorrow about the next day's trip to NASA!
Labels: LAUNCH ENDEAVOUR NASA STS