Want to keep your kids entertained?

Especially if your SM is deployed!

Let me just say I love these apps for kids by Ruckus Media.  Ruckus Media is a new company that creates apps for kids for iPOD, iPAD,  and iPHONE. All are classic or original stories, which makes their apps truly unique.  They started out with five a few months ago – The Velveteen Rabbit narrated by Meryl Streep, John Henry narrated by Denzel Washington, Pecos Bill narrated by Robin Williams, just to name a few. 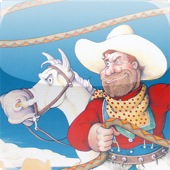 Being a military mom and blogger, I love these apps, especially the two I downloaded for my kids, Pecos Bill and Johnny Appleseed. They are very vivid stories and keeps the kids interested, almost like having the story teller in the room with you. I used these apps this weekend on our road trip to Mebane, NC. My kids LOVED the narrated version. 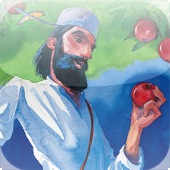 They even have it to where your child can listen to the deployed solider in their voice reading them a story on the iPad, iTouch or iPhone and feel as close to them as ever.  All the deployed solider does is record the story before leaving.  If you think about it, both parents are with your child in spirit !!
Their mission is all about literacy, education, teaching children.  They also don’t feel that IOS devices should remove a child from the love of reading, it should only enhance the skill. The more and more iPads are being used in the classroom, we want to create apps that will teach kids.
They also have new Rabbit Ears apps coming out, including Paul Bunyan (narrated by Jonathan Winters), Thumbelina (narrated by Kelly McGillis).  The founder, Rick Richter, strongly believes in the military and what our soldiers and family members all do and wants to share the mission with you…both serving our country and doing what we can to raise smart children. I think this is a great gift you can give your kids, especially something they can hold on to, and have a way to listen to their deployed parent!
I highly recommend this wwww.ruckusmediagroup.com/apps!
Labels: education iteracy Military Children teaching children