DID YOU HAVE ONE OF THESE?
If you are in your 30's or 40's I bet you remember this computer! 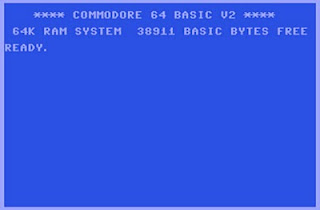 Ok so I was like 4 when my mom bought me a Commodore 64, and you could hook it up to the TV and play Pac-Man, and I LOVED it!!! OMG it was the best computer in the world. I would type in the basic code on the screen that look like this-->

At the time, the Commodore computer cost $595 and came with only 64 kilobytes of memory. It also contained a graphics and sound card, I loved playing PAC MAN! Barry Altman, president and chief executive of Commodore USA, said he purchased the Commodore trademark in September of last year with the goal of reviving the company and offering a product that no longer exists.
“Thirty years ago computers were an all-in-one product, with the keyboard, memory and components built inside,” Mr. Altman explained. “Over the years that has changed,  and we believe there is a huge potential to revive the early format.” 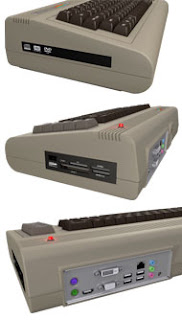 The new Commodore 64, which will begin shipping at the end of the month, has been souped-up for the modern age. It comes with 1.8 gigahertz dual processors, an optional Blu-ray player and built-in ethernet and HDMI ports. The new Commodore is priced between $250 to $900.

I would buy it because this was the first computer I ever owned in my life, and I bet it is still awesome, now it has a blu ray player and ethernet.
Labels: Commodore Computers Pac-Man